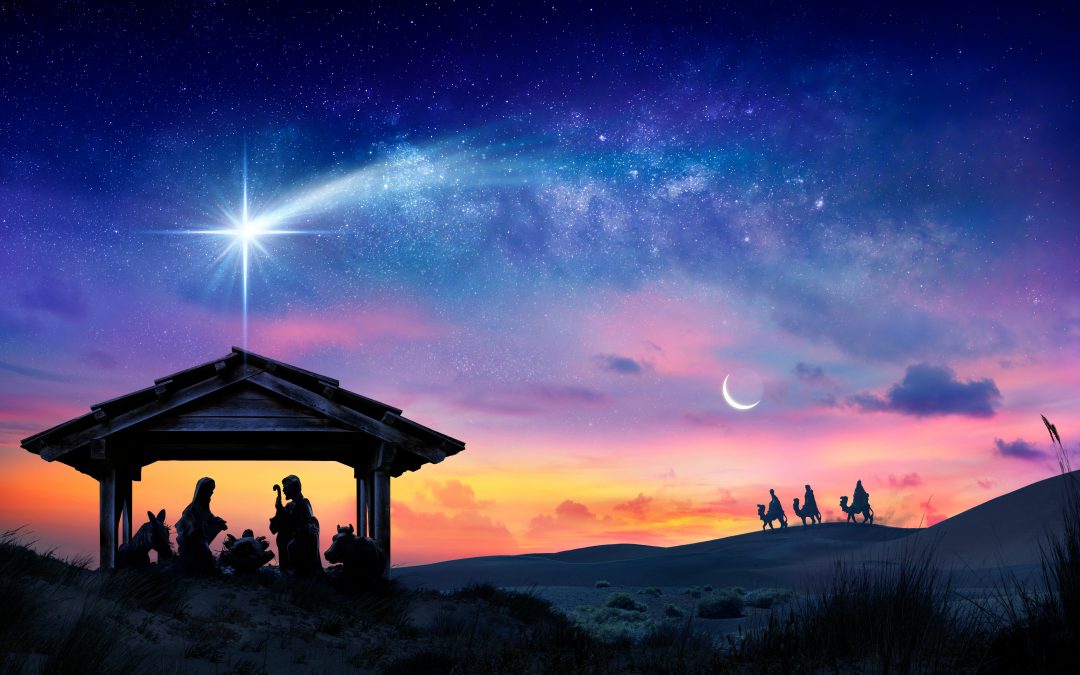 Have you ever noticed how Christmas affects people in different ways? Just a quick look at social media will provide some context!

Some people can’t wait for Christmas because they love decorating, gift giving, meal planning, parties, and just the joy of the holidays. Others really dislike Christmas and can’t wait for the holidays to end. There are lots of reasons why someone might feel this way – sad memories, finances, relationship issues, tiredness, and lots of other possibilities.

With all of the hoopla around the holiday season (stores were advertising in October this year!), we might start to feel that there are some expectations for how we “should” feel during Christmas time.

If we look back at the Bible story, however, we will find that the actual birth of Jesus meant different things to different people.

Now the birth of Jesus Christ was on this wise: When as his mother Mary was espoused to Joseph, before they came together, she was found with child of the Holy Ghost. Matthew 1:18

To Mary, the one who would carry the Messiah, it was a time of awe and wonder. She was visited by an angel to learn that she would be the mother of the promised Child.

Wow. What a promise – what a dream come true! Every mother in Israel had hoped to carry the Messiah! She was blessed beyond measure and so thankful to God for this miracle.

Then Joseph her husband, being a just man, and not willing to make her a public example, was minded to put her away privily. But while he thought on these things, behold, the angel of the Lord appeared unto him in a dream, saying, Joseph, thou son of David, fear not to take unto thee Mary thy wife: for that which is conceived in her is of the Holy Ghost. And she shall bring forth a son, and thou shalt call his name Jesus: for he shall save his people from their sins. Matthew 1:19-21

For Joseph, the man who was to marry Mary, this was a different story altogether! Joseph did not plan on any of this, and he was confused, upset, and shocked when he heard she was expecting. How gracious and kind is our God that He would take the time to give Joseph a dream so he would understand.

Once he realized what was going on – and please notice that he accepted these facts without questioning – he was able to move on with the marriage, the acceptance of this new Baby into their lives, and the responsibility of being Jesus’ earthly father.

Now when Jesus was born in Bethlehem of Judaea in the days of Herod the king, behold, there came wise men from the east to Jerusalem, Saying, Where is he that is born King of the Jews? for we have seen his star in the east, and are come to worship him. Matthew 2:1-2

The wise men had one main goal in mind – they wanted to worship Him. (We don’t really know how many there were, but we know there were at least three gifts.) They understood Who He was – the King of the Jews – and that gave them a very unique perspective.

Finding Him in order to worship Him and give Him their gifts was their #1 priority.

Then Herod, when he had privily called the wise men, enquired of them diligently what time the star appeared. And he sent them to Bethlehem, and said, Go and search diligently for the young child; and when ye have found him, bring me word again, that I may come and worship him also. Matthew 2:7-8

Then Herod, when he saw that he was mocked of the wise men, was exceeding wroth, and sent forth, and slew all the children that were in Bethlehem, and in all the coasts thereof, from two years old and under, according to the time which he had diligently inquired of the wise men. Matthew 2:16

King Herod was not happy when he learned that there was a possible competitor for the kingdom. While he didn’t understand that Jesus would never be an earthly king, his fears of being replaced caused him to take drastic means. The idea that he killed so many babies is not only heartbreaking but also telling of the condition of his heart.

However, God had allowed him to be the king because He always sets people up in the positions where they are supposed to be. King Herod, even though he made terrible decisions, was a part of God’s plan for this important time in history.

And there were in the same country shepherds abiding in the field, keeping watch over their flock by night. And, lo, the angel of the Lord came upon them, and the glory of the Lord shone round about them: and they were sore afraid. And the angel said unto them, Fear not: for, behold, I bring you good tidings of great joy, which shall be to all people. For unto you is born this day in the city of David a Saviour, which is Christ the Lord. And this shall be a sign unto you; Ye shall find the babe wrapped in swaddling clothes, lying in a manger. And suddenly there was with the angel a multitude of the heavenly host praising God, and saying, Glory to God in the highest, and on earth peace, good will toward men. And it came to pass, as the angels were gone away from them into heaven, the shepherds said one to another, Let us now go even unto Bethlehem, and see this thing which is come to pass, which the Lord hath made known unto us. And they came with haste, and found Mary, and Joseph, and the babe lying in a manger. And when they had seen it, they made known abroad the saying which was told them concerning this child. Luke 2:8-17

The shepherds were visited by angelic hosts on the hillsides while caring for their sheep. They were terrified, and the angel told them not to be afraid because great joy was promised.

They were told exactly where this baby could be found, and once the angels left, they decided to go see this Messiah. In fact, they went with “haste,” and then they told everyone about this experience.

What does Christmas look like for you this year? Are you feeling like the Wisemen who wanted to worship the King of kings? Perhaps you’re feeling like Joseph, who was having difficulty processing life and unexpected experiences, or Mary, who just felt blessed to be a part of this wonderful event.

Maybe you’re bitter like Herod, and you want Christmas and all of the festivities to go away. Or perhaps you feel like the shepherds who were curious and went to see this Child in a manger. They didn’t really know what to expect, but once they saw this newborn baby, they told everyone about it.

Wherever you are in your life, God will meet you there. He knows how you feel, and He wants to help you navigate this holiday season with grace, love, and joy.